Traveling in the 3 Worlds

In shamanism, all over the world, the spirit worlds that the shaman visits in trance are classified into three categories: the upper world, the underworld, and the middle world. In some traditions, each shamanic world is further subdivided into different sub-worlds, but the 3 main worlds are worldwide the territory of the shamanic trance journey. 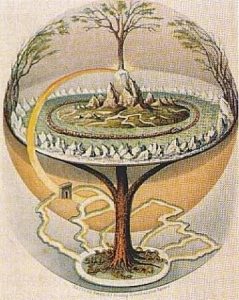 During the shamanic journey, the practitioner will travel to one of these three worlds, often accompanied by a power animal or spirit helper. Usually, this spiritual journey is accompanied by the monotonous trance rhythm or rattle. In many cases, the shaman will use the Axis Mundi: the World Tree. This is the mythical tree that connects the 3 worlds and along whose trunk the shaman can travel to both the upper and the underworld.

Each of the three worlds has its atmosphere and vibration. The shamanic practitioner will learn from his own experience which world is most suitable for the different intentions. For example, a specific theme, such as requesting advice on a new project, may feel very suitable for submission to a specific spirit helper or guide from the upper world, while another question invites you to be taken into the power of the underworld.

To illustrate, it is often the case that to support a physical healing process, a journey to the power animals in the underworld appears to be the most valuable. But the upper world can also play a major role in the same intention of healing: the spirit helpers in the upper world often have the quality to offer us a higher perspective. 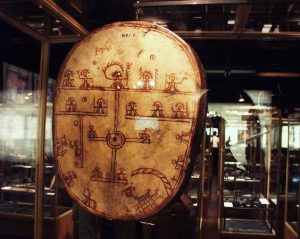 In this way, they help you find new ways that will support you on your path. And the upper world also possesses specific qualities and spiritual powers that can play a central role in shamanic healing.

It is through personal experience that the shamanic practitioner will become more familiar with the qualities of his relationship with these worlds and the spirit helpers. Through his trance journeys, he gets to know the landscape and the helpers better and better.

The shamanic underworld is underground. To get there, the shamanic practitioner must descend deep into the earth via the Axis Mundi. Usually through a long tunnel or corridor that he enters through an opening in the earth. This can be a narrow slit at the base of a tree, but also an animal hole, an opening at the base of a waterfall, or a staircase down … The only thing that is needed is an opening in the existing earth to enable the journey to the underworld. 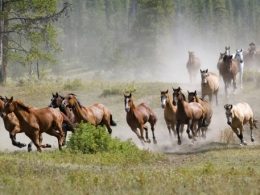 One of the central aspects of the shamanic underworld is that it has a deep relationship with power and transformation. The spirit helpers of the underworld often have the shape of animals: the so-called power animals that shamans worldwide work with. But there are also spirits helpers in the form of trees, the wind, ancestral healers or guides, … There is no restriction in the form that the helpers can adopt to share their strength with us.

Just as in the other worlds, the relationship with these spirit helpers is one of the foundations of a strong and well-founded shamanic practice. Not only are these spirit helpers the guides who take the practitioner to new places in the underworld, but they are also the counselors and teachers who guide us further and further along the path of teaching and spiritual growth.

The shamanic practitioner will often visit the underworld with its endless landscapes for working with healing and transformation. It also offers the power, just like the other worlds, for personal work and resourcing.

The middle world is the same as our earthly world, but it includes all soul aspects and spiritual dimensions. The shamanic middle world thus contains this world including everything that is beyond the veils, such as the worlds of nature beings and soul aspects of nature, but also the future and the past of our earth.

It is in this world that the shaman will travel to discover specific information about a place or event on the earth or to work in the soul of a certain place or nature. For example, the experience of rituals lies in the collaboration with the forces of the middle world.

The upper world is located high above this earthly world. You can reach this world in the shamanic trance journey by traveling higher and higher. The shaman is often accompanied by a power animal or is lifted by a spirit helper. He takes the “flight of the spirit” and flies, carried by the driving force of the trance rhythm, to his spirit helpers in the upper world.

The transition from our world (the middle world) to the upper world is felt by most travelers in the spirit world. Sometimes this is experienced as a thin veil or membrane that separates the worlds. It is also often perceivable as a difference in vibration, especially if the shamanic practitioner can consciously experience different frequencies of energy. 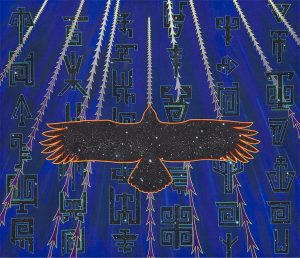 In addition to traveling to the upper world by going higher and higher, I also learned from one of my teachers an old Celtic method to reach the upper world. In that tradition, people first travel to the underworld, deeper and deeper down to reach the top of the upper world. A method that seems to work well for the various fellow travelers with whom I explored this route.