Journeying through the Spirit Worlds

Although conditions, ritual structures, and forms may differ from tradition to tradition, contact with the spirit world and the spirit helpers is always central to shamanism. The shamanic trance journey is one of the most fundamental practices in shamanism worldwide. The shamanic trance journey allows the practitioner to experience a spiritual dimension and to work with it. In this article, I would like to tell you about working with the shamanic journey, without focusing on a specific culture or tradition.

Trance as a gateway to the Other World 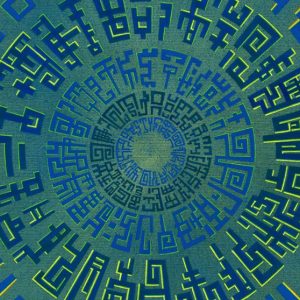 The word trance comes from “transire” which means ‘to cross over’. There are many forms of trance: everyone knows the state of daydreaming, or deep relaxation when we listen to the waves on the beach. We’ve all missed a train stop while we were staring through the window of the train. The shamanic trance journey is characterized by a very deep relaxation with at the same time a high degree of clarity and focus in which consciousness is fully focused on the spiritual dimension. Daan van Kampenhout describes it as follows: “you can see trance as a state of consciousness in which someone is on the way to fall asleep but at the same time awake, or better: stays clear.”

Through practice, attunement to this NOR will become more focused which allows an ever deeper contact with the spirit helpers. This then enables the practitioner to travel via the Axis Mundi, the shamanic tree of life, to the three shamanic worlds and to meet the power animals and spirit helpers. 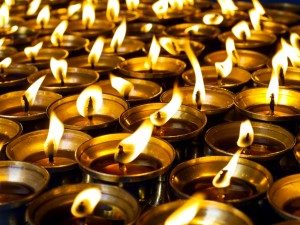 You get the most out of a trance journey when you approach it as a ritual in which you make a deep connection with what is essential to you. For example, before starting the journey, someone can burn incense, do silent meditation, dance, or sing to make strength and connection. The key is to create a strong atmosphere and attitude of connection and sacred value. This forms the basis for the further course of this ritual.

Therefore it is best to clearly state your intention before the start of the journey.

The dynamics of the journey to the 3 worlds

A shamanic trance journey is characterized by an interaction between imagination and Spirit. For the shaman or Western practitioner, the shamanic trance journey always starts from one’s imagination. He or she starts in his mind by creating an opening to the other world. In the case of the journey to the underworld, this gate may be a cavity in the earth, for example at the foot of a tree, but all openings on the surface of the earth are good.

What starts as the use of your imagination to create a passage to the other world, will soon evolve into an authentic journey.

There comes a moment when the traveler experiences how the domain of the ‘imagination’ disappears and the trance journey begins to come alive. As if the journey transcends everything you could imagine. You feel that the journey is animated and that everything you experience has a deeper meaning. It is then that Spirit comes into the journey and inspiration begins to guide you.

The traveler gets completely immersed in the experience that there is a guiding intelligence at work. As if the trance journey itself comes to life. Instead of the active creative role, the practitioner is given a more observational role in which he follows the trance journey. It is then that we as practitioners begin to experience that this trance journey is created not only from the personal mind but from the wonderful interaction between the personal mind and Spirit.

Cooperation with the spirits

When the traveler meets his power animals he will share the intention of his journey or his question with them. It is at that moment that the rational mind and thoughts of the shamanic practitioner often come to silence because it is in this interaction with the power animals that the trance journey begins to unfold very vividly.

The spirits that inhabit these worlds and have a helping function in the relationship with the shaman will guide him to a solution of the issue or to the power or healing that is being sought. The solution can take place in the trance journey itself, but often concrete insights or instructions are brought back from the trance journey to apply them in this world.

It is here that one feels that the trance journey is ‘Spirit Driven’. Everything that reveals itself in the journey is part of the answer. Every element of the journey will present itself so that the entire journey can be experienced as an answer to the question or intention asked.

After playing this signal, an accelerated rhythm follows that enables the traveler to return from the other world to the starting point of the journey. He carries the power and insights that the journey has brought him.

After returning, it is very important that the traveler brings his attention fully back to his body and takes the time to properly integrate the power of the journey. Through practice, the practitioner will become more aware of this power. After all, the true potential of the journey does not lie in the journey alone, but above all in how consciously the information and energy can be brought back to this world, to be integrated and lived here.

The blessings of the spirit world can truly become visible on this earth through dedicated integration of the practitioner himself. The main training is to tune in to the shamanic state of consciousness and to open oneself to the next steps that make the collaboration with the spirits visible. A training that is practical and invites the consciousness to unfold again and again. A training that will continue to evolve.