The cure of the part should not be attempted without treatment of the whole. No attempt should be made to cure the body without the soul. Let no one persuade you to cure the head until he has first given you his soul to be cured. For this is the great error of our day, that physicians first separate the heart of our soul and the soul of our body. - Plato

The terms ‘Spirit Extraction’ and ‘Power Extraction’ mean the same: the removal of energy that doesn’t belong in the client's energy body. This is a core practice in shamanism worldwide. The removed energy is called ‘intrusion’, which means ‘intrusive energy’. This article describes some aspects of this fundamental work within shamanic healing. Often soul loss occurs after severe trauma or shock. The energy of the trauma is usually still present in the energy body and must first be removed before the part of the soul can be retrieved. 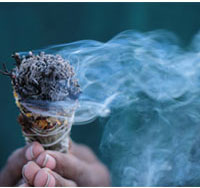 It is important to know that intrusions shouldn’t be seen as ‘bad or negative energy’ but as an energy that ended up in the wrong place. You can compare it to the situation in which you have woodworm in your beautiful musical instrument. These critters are, of course, not bad in themselves, but the fact is that they destroy the instrument. This is also the case with intrusions: when foreign energy nestles in the energy body, this can lead to great imbalance, discomfort, or even illness.

Michael Harner talks about Spirit Intrusions: ‘They (these forms of energy) are not specific to the body, but are introduced there. If you are powerful, you can resist them. So having a protective spirit power is fundamental to your health. Strong illness is usually only possible when a person has lost spirit, lost this life-giving power, his protective spirit. When a person becomes depressed, weak, prone to illness, this is a symptom that he has lost his strength … and is therefore no longer resistant to unwanted ‘infections’ or ‘intrusions’.

When someone has an intrusion into the energy body, this energy form will live on this person's energy, just like a virus would. Then this intrusion must be removed by Spirit Extraction and taken to a new place of residence, where it can no longer cause any damage.

If the intrusions are not removed and if they are strong, or when someone suffered severe trauma, this also can lead to soul loss. Then the shaman will look for the lost soul part in the 3 shamanic worlds. This form of healing is called Soul Retrieval.

From a shamanic perspective, physical illness and long-term emotional, psychological, or spiritual imbalance almost always involve intrusions. For example, feelings of confusion, fatigue, exhaustion, deep insecurity or lack of energy to get something done are indicators of a weakened energy body and, in many cases, of Spirit Intrusion.

In various shamanic traditions, intrusions are described as ‘darts’: energetic arrows shot by other people out of jealousy, anger, resentment, etc. People in the West are less aware of this, but also, in our busy and stressed world, energies are ‘fired’ at each other in emotional or stressed situations. In most cases, the energy body can withstand these penetrating forces. Still, when an energy body is weakened, these forces can nestle and further weaken the body or make it sick.

However, intrusions can also enter the energy body in other, less obvious ways, for example, through intense connections with other people. It may be that someone has ended a relationship but remains deeply connected with this person. Sometimes, the person can no longer concentrate on the present and always wanders back to memories. In this case, the connection with a former loved one will be active as an intrusion that causes energy loss and emotional imbalance.

Very common and often wholly unconscious forms of intrusion are ideas passed on culturally. In the West, for example, we all know people who are addicted to the negativity of the media and whose thoughts are dominated by a strong cynical and reproachful attitude. These ideas are active as a living being that feeds on the person's energy (in this case, the addiction to negativity). The sole purpose of this energy is to continue feeding itself by maintaining this cycle.

This form of intrusion has spread very widely in the West, in many degrees. It acts like a virus in the human mind that promotes apathy, depression, and a negative outlook on life. It suppresses creativity and transformative power and is fuelled by a distorted, intrusion-infused worldview spread by the established media. 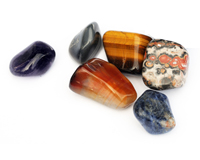 A widespread problem that is rarely addressed and has given birth to a new, frighteningly fast-growing economy that we call the psychopharmaceutical industry and which is far from a down-to-earth, empowering view on health.

No matter how the intrusion is caused, it is essential that it is removed and the energy field is supplied with nourishing power to prevent further weakening.

The method of Spirit extraction, the removal of foreign energies from the energy body, can be found in shamanism worldwide. However, the form in which it is done differs from tradition to tradition and even from shaman to shaman because these methods often stem from the personal instructions which the shaman receives from his spirit helpers.

With the help of his power animals and spirit helpers, the shaman will scan the energy body to find the intrusion. This is an intuitive process compared to reading: the practitioner ‘reads’ the energy body and thus gains access to the necessary information that tells him where the intrusion is present and what its nature is and which procedure should be used.

The reading can happen in many different ways, but in most cases, the shaman will perceive this foreign energy as something disgusting, such as a dark mush or crawling insects. This doesn’t mean that these insects are actually in the person's body, but the shaman perceives the energy in this way and can recognize the intrusion.

The removal of the energy happens under the guidance of the spirit helpers, who provide clarity and strength. They also provide the necessary protection so the intrusion can’t jump over to him. After all, for the extraction to be successful, the shaman must first fill himself with power and enlist the help of the helpers so that he is sure that his energy field is stronger than the intrusion. 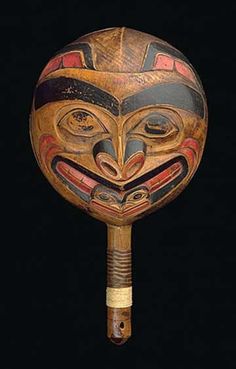 Clearing intrusions can be done in many different ways. The most common form of Spirit extraction is to offer a new home to the foreign energy in the form of a natural object so that it can no longer damage the person’s energy field. For example, one can work with eggs to store energy, salt or certain herbs, crystals, stones, or feathers. The possibilities are endless.

After this energy is stored in these objects, they are placed in specific places in nature, where the forces of nature neutralize them. In this way, the shaman can also collaborate with the forces of nature and, for example, absorb the intrusion with herbs and give it to the fire. Supportive work with sound, prayer and smoke is also a very classical aspect of Spirit Extraction.

In several traditions, the shaman will “suck out” these intrusions, a method that can only be applied by someone well trained and in full force. Similarly, some shamans use their hands to absorb the energy or sometimes even to take the energy completely into the body. However, these methods are also not without danger and are somewhat rare.

Another way to remove an intrusion can be through the shamanic trance journey, in which the shaman can remove the intrusion and bring it to the new home with the help of his spirit helpers. Working with the shamanic trance journey also makes it possible for the shaman to perform this healing work for someone not present in the same physical space. This healing can also be done from a distance by having someone who represents the receiver of the healing during the session.

The essence of extraction is always that the energy is removed or taken up in another object to be neutralized by the forces of nature or spirit helpers.

Another important form of healing is the confession, which we find in many great spiritual traditions and can also free the person from intrusions. Because when someone is troubled by a great sense of guilt, this debt can begin to take shape within the energy body and cause illness. One can literally ‘be consumed by guilt’. It is then up to this person to come to terms with himself. Worldwide we find ways to neutralize feelings of guilt and find peace so that both the soul and the energy field can be healthy again.

For the healing to be successful, the shaman must ensure that the intrusion is completely removed and no remains are left behind to prevent the intrusion from taking shape again. First, he must assure himself of this, after which he will embalm the delicate place in the energy body, just as we would with a physical wound. This embalming can also be done in many different ways and can vary depending on the nature of the intrusion and the Spirit Extraction. Often water is used, whether or not with flowers or herbs, but also perfumes, pure energy, or sound can be used to bring healing to this vulnerable part of the energy body.

After embalming the wound, the area must be refilled with the life-giving force specific to this person's energy body. Doing this prevents this ’emptiness’, where previously there was an intrusion, from filling up with other energy. This restoring of life-giving power is also done in close collaboration with the spirit helpers and is a crucial part of the Extraction work.

When this power is restored, the ‘space’ in the energy body will be protected and again filled with vital, life-giving energy. The shaman will often sing about this place, bless it, or speak a prayer so that the power may integrate with the person’s energy body.

Certainly, in the case of serious intrusions, it is often advisable for the person to do specific energy exercises or meditations in the period after the Spirit Extraction to further strengthen and bless the healed spot in the energy body. In this way, the energy field is strengthened, recovery can easily occur, and vulnerability to intrusions is prevented.