Reflections on the shamanic practice

Shamanism is an ancient path that has its roots all over the world. When we go back through time, we easily find shamanic practices on every continent. It is the path that, in essence, goes back to the ancestors of every nation. Although many nature-based traditions have suffered severely under imperialism and the rise of the technological world, the practice of shamanism has remained alive.

The word ‘shaman’ comes from the Tungus tribe in Siberia and can be translated as ‘one who knows’. Originally the term shamanism was used in anthropology to denote specific techniques from Siberia. Today, however, the term includes much more than that. Whether we are talking about the Tungus from Siberia, the Aboriginals from Australia, the Shuar from the Amazon, the Lakota from North America, the !Kung from Africa, the ancient Celtic movements from our regions, or contemporary shamanism, we can always recognize the core of shamanism, deeply interwoven with the life and consciousness of it’s people.

Although the form varies from culture to culture, there are some basic principles in shamanism that can be found everywhere:

Everything has a soul and is interconnected

In shamanism, everything is permeated with essence, with soul-power and therefore consciousness. The shaman makes no distinction, there are no things that are ‘less’ or ‘more’. Everything is animated and everything is sacred. We all stem from the same tree of life.

This realization leads to the awareness that everything is connected and influences each other. Nothing stands on its own. We are deeply interconnected through what is called ‘the Web of life’. That is why in many of the original cultures the circle is such an important element. As many shamans say: “Everything wants to be a circle.” We want to feel complete. We want to let go of the illusion of separation and return home to the circle in which everyone is equal and everything is connected.

The shaman is the journeyer between the worlds.

The shaman has always been the one who maintains conscious contact with the spiritual world. He or she is the ‘journeyer between the worlds’. He journeys between the worlds to get information or power that he puts at the service of the community and the greater whole. These techniques are the foundation of the traditional practices of healing, divination, and problem-solving. In the reality of the shaman, ‘soul’ is the building block. He or she sees everything as his/her brothers and sisters, as part of the circle.

Working with consciousness teaches him that there are infinite powers in the universe. The shaman develops deep relationships with these forces, which will become ‘spirit helpers’ over time. These helpers are allies who support him or her in his life and work. They help him to see and understand what to do to nurture harmony and let go of separation.

The role of ecstasy.

Mircea Eliade described the shaman as: ‘the technician of ecstasy’: the shaman works with consciousness and through practice learns to control his mind and consciousness.

The shaman or practitioner of shamanism works through trance. He or she is trained to bring the mind to other wavelengths so that he can enter other realities with his consciousness. One of the best-known ways to do this is by use the ‘shaman’s drum’. The fast, monotonous rhythm of the drum allows the shaman to open the gates of his mind.

It is not without reason that different traditions call the drum ‘the shaman’s horse’: it’s powerful beat carries the shaman as he/she journeys to the Otherworlds.

This trance, which is the foundation of the shamanic practice, can also be reached through other means then the drum, such as rituals, dance, singing, darkness, postures, and the use of hallucinogenic plants.

The shamanic work is the work of consciousness, which is regarded as the basis of all life and all forms. The shaman knows that the dimension of consciousness is immense and infinite. There are no limits. Many shamans or practitioners of shamanism, therefore, have a deep-rooted realization that, in essence, they know nothing.

That is why many cultures speak of ‘the Great Mystery’: the universe is a masterpiece that continues to unfold endlessly. Living in this realization opens doors of wonder. The shamanic practitioner, therefore, grows in surrender and is willing to surrender to the river of life. He or she focuses on the wonderful path that life is and the power that permeates everything in the universe.

In my personal shamanic practice, inspiration plays a major role. Inspiration comes when we allow the flow of infinite possibilities. Inspiration is available everywhere. It is that flow of endless possibilities that invites us to become bigger, more radiant, happier, simpler, healthier, and more loving.

Inspiration is the driving force of creation. And inspiration is knocking on our door non-stop. It is the voice with which creation invites us to grow, to unfold all the beauty and power that is present within ourselves.

The poet Rumi put it so nicely: it is up to us to let go of our ideas so that we can know and understand everything so that we can come home to life itself and not our idea of life. Shamanism offers us the opportunity to teach ourselves to listen to the Creation again and to be a part, to be a real part of these wonderful times and play our role. 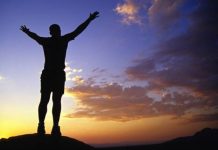 The shamans and teachers who touch me the most have all demonstrated a great reverence for all of life. They have a passionate enthusiasm for experiencing their lives. And they realize they don’t have to know, explain or understand. They have learned that the road will unfold itself and have a deep-rooted faith in life itself.

This wisdom shines in their eyes, in which you can see both old sages and smiling children. Their words are spoken from the heart and they have understood that they only need to focus on one thing: love.