Roel Crabbé began his shamanic training in 1995 when he was 17 years old and has been practicing under the guidance of traditional and Western teachers ever since. He trained with international teachers such as Betsy Bergstrom, Howard Charing, Peggy Dylan, Ross Heaven, Jonathan Horwitz, Zara Waldeback, Simon Buxton, Naomi Lewis and Dr. Ihaleakala Hew Len...

Born in Belgium, his first teachers introduced to the very nature-based Celtic approach, working with the spirits of the land and ceremony. In 2003 Roel met with Indonesian ritual leader and sculptor Kanwa Adikusumah, with whom he has been studying continuously since.

In 2004 Roel started his training with Sandra Ingerman, former educational director of the Foundation for Shamanic Studies and author of "Soul Retrieval" and "Walking in Light". She personally authorized him to teach the Shamanic Journey, Soul Retrieval, Extraction, Death & Dying, Medicine for the Earth, and Healing with Spiritual Light.

In addition to this work, he has developed numerous practices of his own and facilitates shamanic rituals and ceremonies for transformation and healing. He has been recognized by several traditional shamans for his ability to bring in very pure energies and tap into ancient songlines from the Spirit world. His work with healing songs, which are often only sung once, has become an integral part of his teaching and healing work.

Roel's style of teaching is heart-centered and focused on reclaiming power in the service of compassion and Mother Earth. Characterized by simplicity and a focus on direct contact with the Spirits, his trainings are innovative and filled with ceremonies and healing modalities given to him through his contact with the Spirit world. Healing and the opening of the heart are always at the center.

Roel has been teaching shamanism since 2003 and has worked with thousands of people in Belgium, the Netherlands, Sweden, Italy, and France. He is the founder of the Anam Cara spiritual center in Belgium, which he runs together with his former wife Griet Heylen. His publications on shamanism have been published in magazines like Bres and Change. 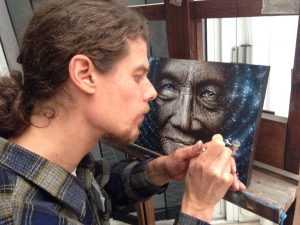 From an early age, Roel has been captivated by indigenous art and the creative process. He studied art from the age of 14 until the age of 24 when he completed his Master's degree in Fine Art in St-Lukas Academy Brussels, where he focused mainly on installation work, photography, etching, and drawing.

After graduating, he left art for a few years to focus exclusively on building the Anam Cara center and deepening his shamanic practice.

In 2004, in a powerful dream, he was instructed by his spirithelpers to begin painting a healing symbol in preparation for a 5-day retreat he was facilitating in Sweden. This dream was the birth of a new chapter of art rooted in his shamanic experiences with the spirit world and dreamwork.

His paintings are mostly in a mixed media of airbrush and brush or in 'Mish- technique' which is a combination of tempera and oil painting.

Over the last few years, he has studied with various teachers in painting. He studied airbrush with both A. Andrew Gonzalez and Marissa Oosterlee and mixed technique with Amanda Sage, David Heskin, Kuba Ambrose, Vera Atlantia, and Daniel Mirante. His focus now is to integrate photorealistic elements with his more abstract and symbol-filled visions.

His focus is to convey the healing power of the spirit world through his paintings.

Working with Indonesian ritual master and ritual sculptor Kanwa Adikusumah since 2003, Roel has recently started working with sculpture (wood) himself, coming from a place of ritual and connection with nature.

He is currently recording a CD with a selection of healing songs. 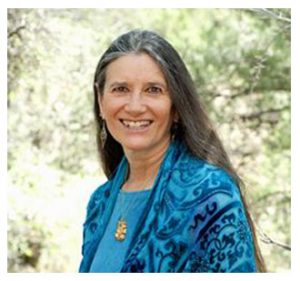 “Roel Crabbe’s work is exquisite. His life experience has led him to be a brilliant and compassionate shamanic healer and teacher. I have known Roel since 2004 and had the opportunity to watch him work many times. His work is really beautiful, and touches deep into the soul of his clients. His communication is clear and his work is truly innovative. Anyone attending a workshop with Roel will come out with a wealth of teachings, healing, and inspiration.”

Sandra Ingerman, author
of 10 books on shamanism including
“Soul Retrieval” and “Walking in Light” 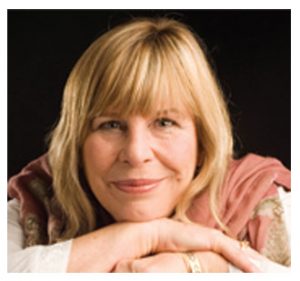 “The teachers who have impacted my life in the most profound way have all had a number of qualities in common: compassion, intelligence and integrity. Above all they they walked their talk, in other words they lived their lives from their principles. In my experience Roel Crabbe has the qualities that set apart a true teacher in abundance. The Sufis call their teachers Spiritual Friends, I believe you could find no better Spiritual Friend than Roel.”